USE THE SLIDER below to see how Bushnell staff recreated an image from our early days in honor of our 88th birthday on January 13th, 2018

The history of The Bushnell is a story of love between a father and a daughter…and their mutual love of their hometown of Hartford. Both Horace Bushnell and his daughter, Dotha Bushnell Hillyer, who conceived and built The Bushnell as a permanent tribute to her father, left indelible imprints on the Capitol City. Their individual visions and collective contributions have benefited and changed the lives of the seven generations of Connecticut citizens. 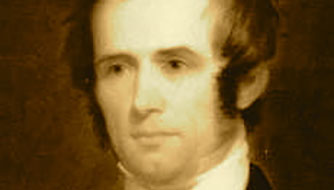 Horace Bushnell was a giant of 19th-century intellectual thought. A Yale -educated minister and theologian, Bushnell was the reverend at Hartford's North Congregational Church for over 35 years – his one and only ministerial post. From his pulpit on Main Street, he emerged as a renowned theological leader and one of the founders of modern Protestantism. Beyond the church, Bushnell was respected as one of the great scientific minds of the time; he was an inventor with many patents to his name and was frequently consulted by scientists and inventors around the globe.

Locally, Bushnell is perhaps best remembered as a civic visionary and pioneer in the creation of urban green space. Frederick Law Olmsted, the father of American landscape architecture, referred to his cherished friend, Horace, as "his prophet." Together, they discussed and developed the vision of urban parks as oases in cities which would promote social unity, encourage civil discourse, and provide "common ground upon which all men would be more conscious of being one man." 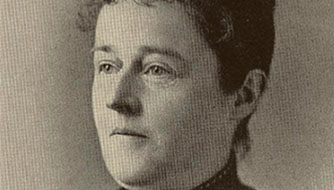 Inspired by a 1912 visit to Springfield's new municipal auditorium, Dotha Bushnell Hillyer developed her own dream for Hartford. She envisioned a world-class performing arts center in downtown Hartford which would both serve as a memorial to her beloved father and as "a gift to the people of Connecticut.... A center for the benefit of arts, science and community activities."

With uncanny savvy, she hired Corbett, Harrison and MacMurray two years before these innovative architects designed Radio City Music Hall --and sold her stock in December of 1928--a brilliant stroke of market timing-- to begin construction in 1929. In 1930, The Bushnell opened, being heralded as a "beacon of hope," in the midst of the Depression – such it has remained for over 80 years.

In addition to the Center, Dotha Bushnell Hillyer was also the principal benefactress of The Children's Museum in West Hartford and Hillyer College – which evolved into the University of Hartford. Dotha, similar to her father before her, left an incredible legacy – one that continues to live in the hearts and minds of all who benefit from their vision for a better Hartford.

For almost nine decades, The Bushnell has brought Connecticut audiences face-to-face with the world's finest musicians, orchestras, dance companies, plays and other special attractions. Virtually every major artist of the 20th century has appeared on The Bushnell stage. Toscanini, Bernstein, Pavarotti, Hepburn, Brando, and Garland, along with the exciting stars of the new century such as Baryshnikov, Seinfeld and Menzel, are just a few of the legendary figures who have played the Bushnell's boards.

The Shepherd M. Holcombe Archives, established in 2001, ensure that The Bushnell's glorious tradition will be documented and preserved for generations to come. A vast compilation of historic photographs, books, brochures and primary source materials--along with the Hall's famous backstage autograph walls…collectively capture the sweep and brilliance of Bushnell presentations provided to Connecticut audiences over nearly a century.

A Sense of Place

Buildings are touchstones that remind us of our lives, our family and friends, and the community that we call "home." For the people of Greater Hartford, The Bushnell is one of those special buildings – a landmark which provides a unique "sense of place."

Designed by the highly respected architectural firm of Corbett, Harrison, and MacMurray- the same architects responsible for New York City's Radio City-The Bushnell is regarded as a world-class facility and one of the great Halls of America.

Mortensen Hall, named in honor of William H. Mortensen, The Bushnell's first managing director, is one of the world's greatest examples of the Art Deco style. Ancient images of the sun, moon and stars -symbolizing light, knowledge, constancy and eternity- abound in The Bushnell's beautiful main hall.

This 906-seat theater, is named in honor of long -time trustee, Maxwell Belding and his family. A beautiful, state-of-the-art theater designed by Wilson, Butler, Lodge, "The Belding" was opened in 2002. The ceiling mural, created by Evergreen Studios of New York City, provides a dazzling modern interpretation of the original Hall's sun, moon, and stars Art Deco motifs.

This exquisite glass box functions as both a performance and meeting space. Named in honor of Bushnell Trustee Anthony Autorino and his family, the decorative centerpiece of the room is Dale Chihuly's "glass chandelier," entitled "Ode to Joy,"--a tribute to the first piece of music ever performed on the The Bushnell's stage.

The Seaverns Room is the official Memorial room to Horace Bushnell, whose portrait, by noted portraiture artist Jared Flagg, hangs over the mantelpiece. This room also pays homage to Horace's daughter, Dotha Bushnell Hillyer, our original benefactress and all of her Seaverns family descendants--many of whom remain active at the Center.

Drama, The Bushnell's ceiling mural in Mortensen Hall, is the largest hand-painted ceiling mural in the United States, measuring one 187'x 40'. Artist Barry Faulkner and a staff of Prix de Rome artists created this 1929 masterpiece which features the Muse of Drama as its centerpiece. Surrounding the deity are vivid representations of performance, progress, and hope from ancient mythological times to the 20th century.

The Bushnell's organ was custom crafted by Hartford's Austin Organ Company, and is one of the most superb instruments that this world-renowned firm ever created. A four manual console, with 112 speaking stops its 8000 pipes were installed into the mammoth sidewalls of Mortensen Hall. The world's most elite organists--including Virgil Fox and Fernando Germani- have performed on this magnificent instrument.